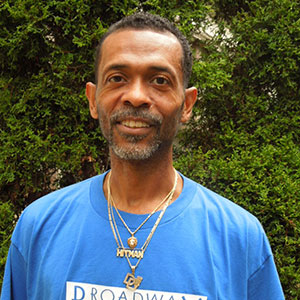 Dwayne is a music teacher, composer, musician and DJ. He has been a music teacher at Oliver H. Perry Elementary School (CMSD) in Cleveland since 1992, where he also conducts the school's Choir and Instrumental band, and leads the Drum Corp and Drill Team. Dwayne has taught music to children in many other venues throughout the city, including at U.M.A.D.A.O.P (where he is currently Drumline Instructor), Boys and Girls Clubs, Fatima Center, Nottingham Branch of Cleveland Public Library and others. He was a musician and Ensemble Director at Shiloh Baptist Church, currently plays drums and keyboard at Elizabeth Baptist Church, enjoys composing and recording songs in his home recording studio, and has his own DJ business under the name HITMAN*DDub and Me Psi Phi Entertainment (https://www.dddixon.com/.)